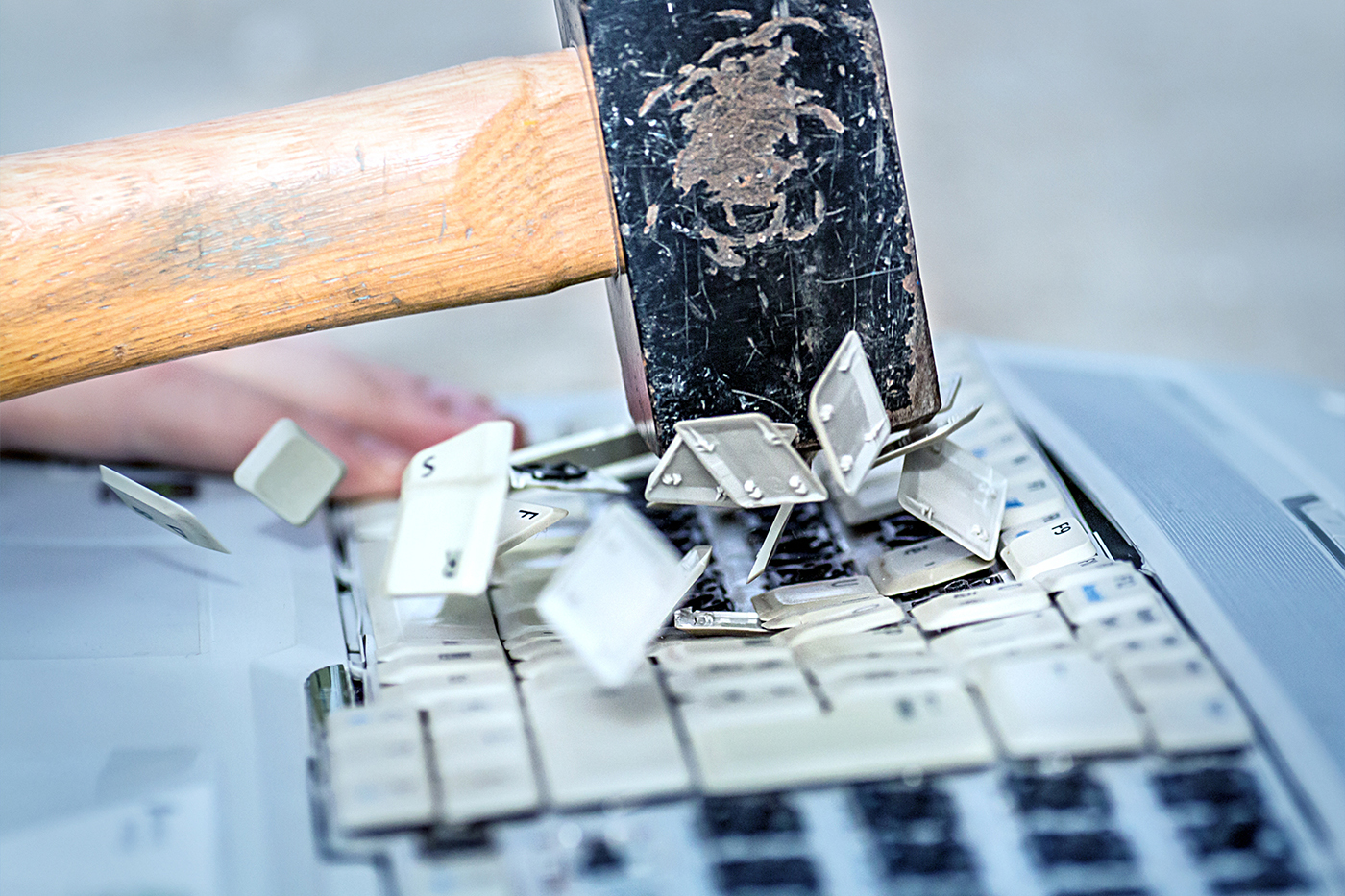 Rage rooms have become a global phenomenon. But they won’t solve your anger management issues, according to Northeastern University psychologist Christie Rizzo.

Rage rooms—where stressed out people go to relieve tension by smashing furniture, housewares, and electronics with baseball bats, crowbars, and sledgehammers—have become a global phenomenon. But taking out your frustration on chairs, dishes, flat-screen TVs—or fax machines, like a character from the 1999 cult classic Office Space—is not an effective form of anger management, according to Christie Rizzo, associate professor in the Department of Applied Psychology.

First and foremost, do you think “destruction therapy” has any mental health benefits?

I think rage rooms could be helpful for healthy people looking to release stress or blow off some steam, but I would not go so far as to say that breaking things in a controlled environment is a form of therapy. Rage rooms are for people who want to let loose while doing something fun and different, not for those who are dealing with mental health problems associated with anger and violence. The last thing people with anger issues need is another outlet to express their frustration.

Some psychologists say that expressing anger will only lead to more anger. In your opinion, could blowing off steam in a rage room motivate future aggression in a less controlled setting like the home or office?

I don’t think that smashing objects in a rage room would necessarily trigger a spillover effect, causing people to wreak havoc at home. But I would avoid experiences in the rage room that could be a trigger for angry outbursts, such as destroying personal items belonging to a partner or ex-partner. The draw of rage rooms should be less about vengeance and more about letting off some steam in a novel and safe environment.

What’s the healthiest way to deal with anger?

The technique with the most evidence is called cognitive behavioral therapy, a three-pronged form of talk therapy focusing on thoughts, emotions, and behaviors. First, you identify your triggers—the people, places, and things that are linked to your angry outbursts. Then you work to frame those things in a different, more helpful way. Finally, you focus on developing coping mechanisms to prevent your anger from escalating from 0 to 100. For example, suppose someone with anger issues goes snooping through their girlfriend’s phone, finds a string of late-night text messages from another man, assumes she is cheating on him, and then gets really upset. In the scenario, we would talk about not snooping—avoiding the trigger altogether—or coming up with other ways of explaining the situation. It could be that the man’s girlfriend is cheating on him, but the texts could also be from a colleague or a longtime friend who wants to catch up. Finally, we would encourage behavior that limits engagement with the trigger, advising him to put the phone down, and, say, go for a run.

Some parents allow their children to channel their anger at home, using foam bats or other lightweight objects. As a researcher who focuses on the development and implementation of evidence-based violence and risk behavior prevention programming for youth, what do you make of these so-called therapy tools?

It really depends on the individual. Let’s say a teenager recognizes she is getting upset at the dinner table, goes to her room to beat up a pillow, and then returns feeling more calm. To me, that’s a great outcome. However, that same strategy might amp up another teenager, causing their anger to escalate to the point where they’re punching walls. We worry about kids when the outlet they choose to channel their anger revs them up and leads to more aggression. It’s less concerning when the activity of their choosing—even if it’s a violent sport like boxing or football— doesn’t spill over into daily life.


We use cookies on our website to give you the most relevant experience by remembering your preferences and repeat visits. By clicking “Accept”, you consent to the use of ALL the cookies.
Do not sell my personal information.
Cookie SettingsAccept
Manage consent